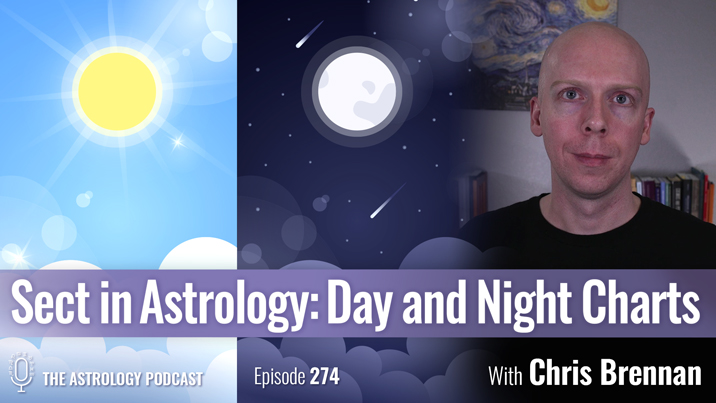 In episode 274 of the podcast Chris Brennan gives a detailed overview of the concept of sect in astrology, which is the difference between day and night birth charts.

Sect is a fundamental concept that was used in Hellenistic astrology, but it has only been recovered by contemporary astrologers over the past 30 years through translations of ancient texts.

The purpose of this talk is to give a broad introduction to sect, first by establishing how pervasive the concept is in ancient astrology, and then to demonstrate how it works in practice through chart examples.

This episode was recorded as a live stream with an audience of patrons who support the podcast through our page on Patreon each month:

To learn more about sect, check out Chris’ book on Hellenistic astrology, or his online course on ancient astrology.

Here are the PowerPoint slides for the talk:

Alternatively watch the video version to see the audio synced with the slides.

Watch the Video Version of This Episode on Sect

Here is the video version of our episode on the astrology of sect: