The Life and Work of Noel Tyl, Astrologer 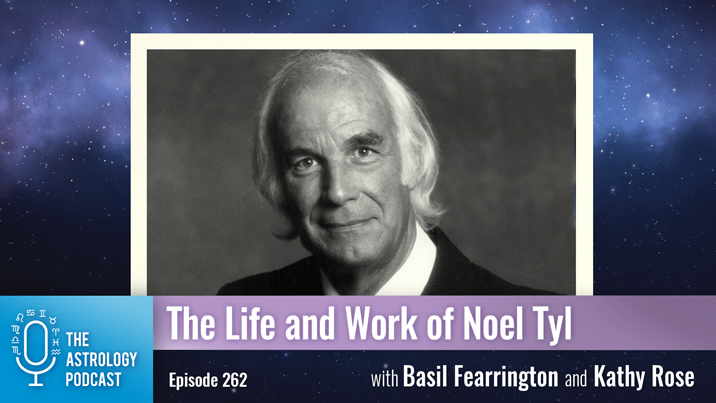 Episode 262 features an interview with astrologers Basil Fearrington and Kathy Rose about the life and work of the astrologer Noel Tyl.

Noel Tyl was one of the most prolific astrologers of the late 20th and early 21st century, having authored around 30 books.

I almost did an interview with him last fall, but it didn’t come together, and I regretted having missed the opportunity.

In order to make up for it I decided to interview two of Noel’s most prominent students, Basil and Kathy, who continue to teach his methods.

In the first part of the episode we talk about Noel’s biography, and in the second part we talk about his approach to astrology and what made it unique and distinctive.

Thanks to Matthew Ouimet for his help putting together the outline for this episode!

Below you will find the show notes, followed by links to listen to the episode.

Here is the video version of this episode on the life and work of Noel Tyl:

EpisodesInterviews
The Life and Work of Noel Tyl, Astrologer
Episode 21