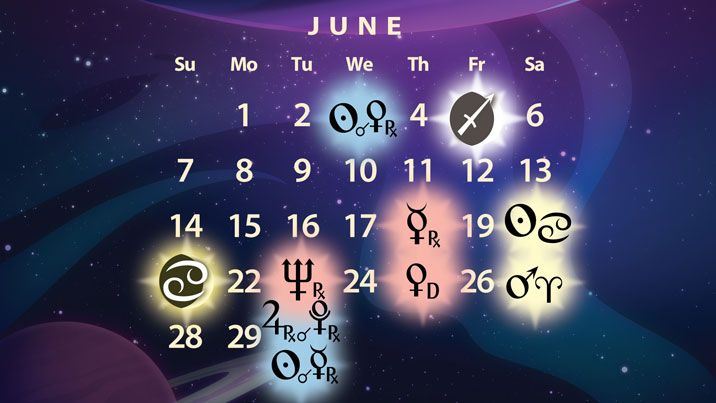 In episode 257 astrologers Kelly Surtees and Austin Coppock join the show to talk about the astrological alignments coming up in June of 2020.

The month features the second half of the Venus retrograde in Gemini, as well as eclipses in Sagittarius and Cancer, Mercury stationing retrograde, the second of three Jupiter-Pluto conjunctions, and Mars entering Aries where it will stay for the next six months.

Our featured electional chart for this month is a Mars election:

We also presented a few other elections for June on our private subscriber-only podcast on auspicious elections.

We also have a full year-ahead electional astrology report for 2020, which highlights some better charts later in the year.

Watch the Video Version of Our June Astrology Forecast

Here is the video version of our June astrology forecast episode:

Listen to the Audio Version of Our June Forecast